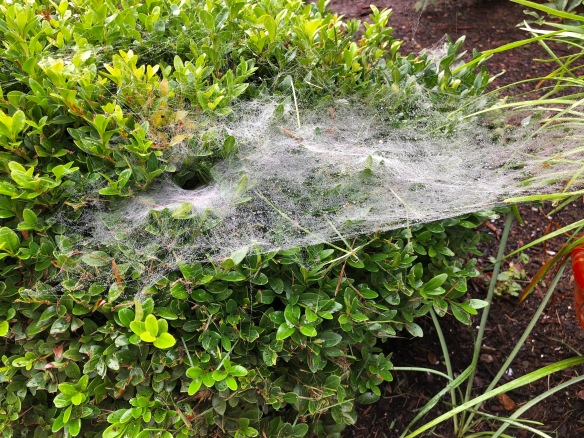 Seeing these dew-covered spider webs draped like sheets over boxwood lets us know we are in transition from summer to fall. On wet mornings, dozens of webs can be seen covering a multitude of box, other shrubs, grasses, and groundcovers like pachysandra. The sight could very well freak out arachnophobes.

Sadly, some folks run for a can of  insecticide or a broom or the garden hose to make them just go away. But they should let these spiders be! The webs and spiders aren’t harming a thing and the spider will help out in the garden by eliminating insect pests. 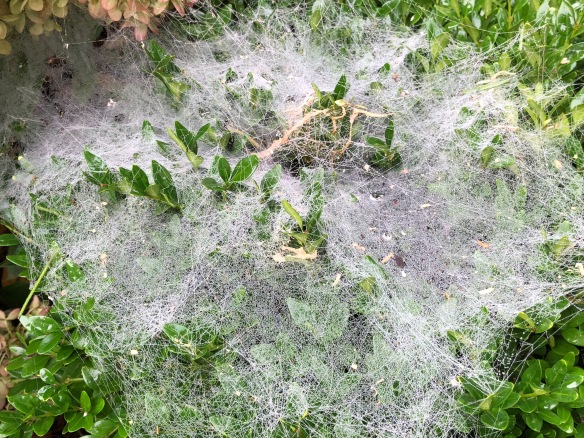 We have to look hard to see the webs on a regular day but on a foggy morning or after an overnight dew, the webs stand out hortizontally over plants. It’s not a time to panic. It’s a time to marvel. Just look at the intricate architecture of each web. Amazing! And just wonder how long it took one female spider to spin such a web. I consider it a miracle of nature… really!

Some of the webs are large enough to connect several different plants and a flowerpot. 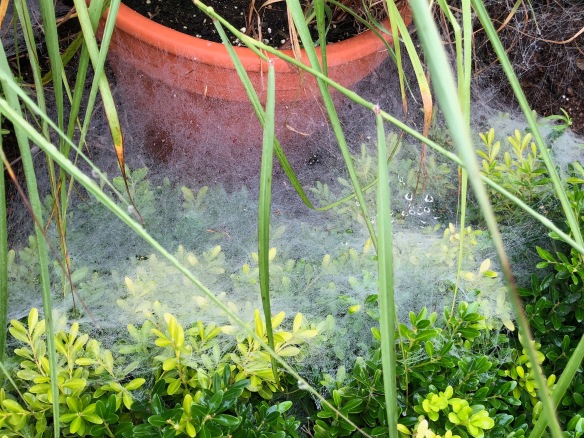 Others are thin and sparse. Is this spider just beginning her construction or is she finished? Or perhaps she was caught up in the foodchain and no longer exists. 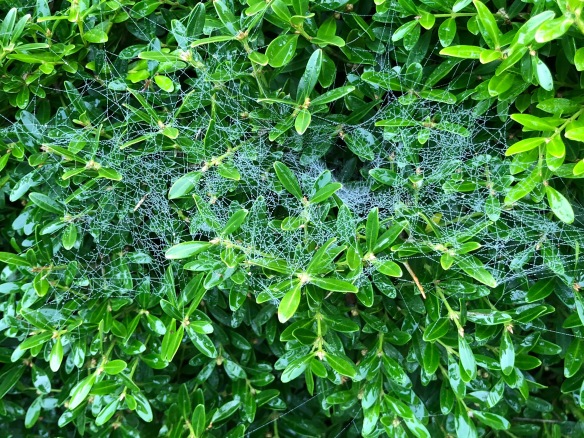 Some of the spiders find a good location and build webs side by side… neighbors, you might say… with a wall of colorful hydrangea blooms separating them. 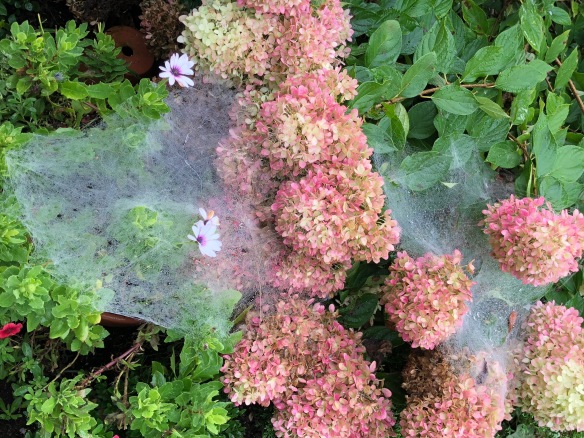 Now we have to wonder who lives in these webs. The funnel on each web is a clue to her identity. Would you like to know who she is? 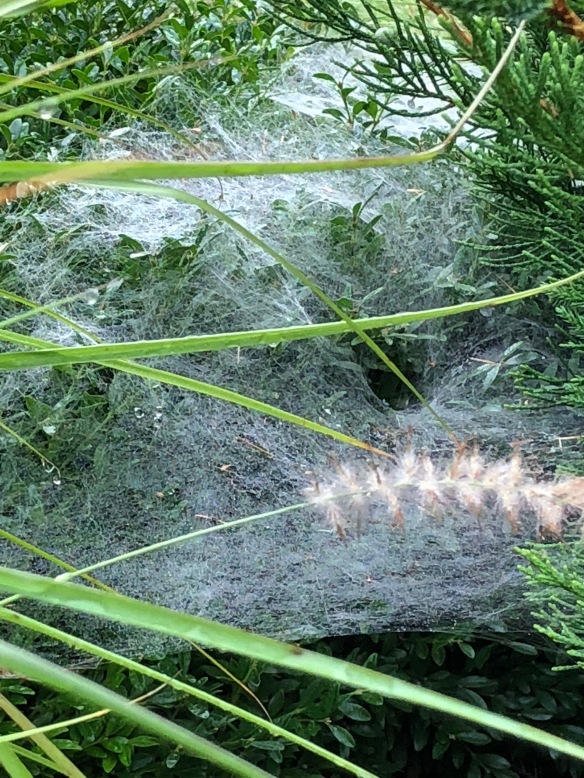 She’s the shy spider from a group of funnel weavers called grass spiders (Agelenidae). When she feels a vibration, she dashes out of her funnel at lightning speed to capture her prey. Her web is not sticky so she must depend on speed. 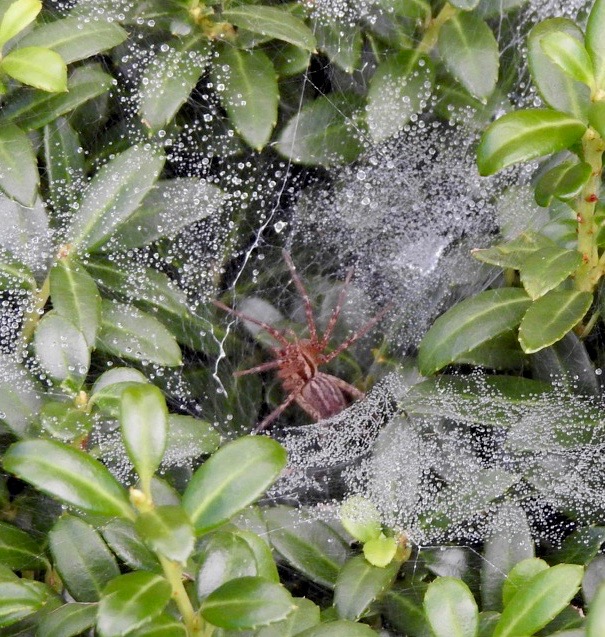 Winter is coming and the webs won’t be there forever. She’ll soon deposit her eggs in a sac and die. Her young will hatch in the spring and repeat the cycle, maturing to adulthood over the summer, mate, reproduce and die.

9 thoughts on “The Itsy Bitsy Spider”