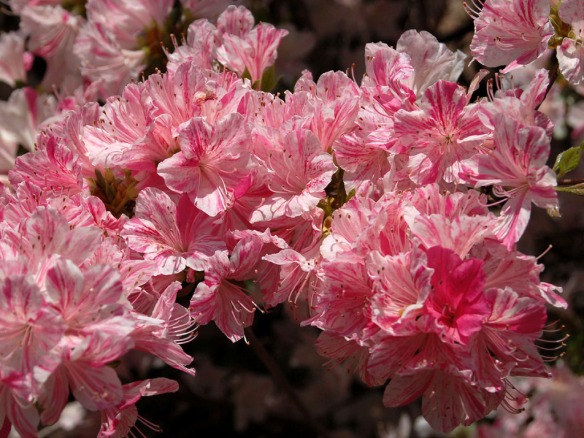 Thanks to an anonymous $1 million gift honoring Washington area attorney Brendan V. Sullivan Jr. and Lila Sullivan, the removal of the Glenn Dale Azaleas, the National Boxwood and Perennial Collections at the National Arboretum has been suspended. This gift from the heart was announced on Valentine’s Day by the nonprofit group, Friends of the National Arboretum (FONA).

But this is only the beginning. This largest single donation in FONA’a history protects the collections today but the funding issues for the future have not gone away. The Department of Agriculture will face more budget cuts in the years to come. FOMA is developing a plan for additional private support to ensure the future of these collections. The National Arboretum’s new director, Colien Hefferan, stated, “FONA’s efforts in support of the Arboretum pave the way for us to work toward a new, vibrant future for this treasured place.” Dr. Hefferan said she is planning to meet with key stakeholders this spring to discuss the future of the collections. The Arboretum is also asking for your feedback through its website. 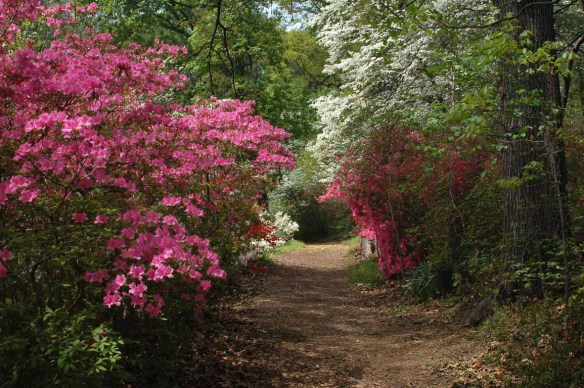 The 10,000 Glenn Dale Azaleas (see November blog), the boxwood collection, daffodil and perennial collection were said to be destined for the chopping block due to the loss of a $110,000 grant. After a massive public outcry and a campaign of lobbying politicians, the communal voices received the desired outcome. One of the most vocal protests came from Don Hyatt, an international expert on azaleas and a firm supporter of the 65-year-old Glenn Dale Azalea collection. This month, Don spoke to our Gloucester Master Gardeners, thrilling us with breathtaking PowerPoint photos of species of

native azaleas growing wild throughout the Eastern U.S. He ended his presentation with an update and summary of the fight to save the Glenn Dale Azaleas. With the fervor and devotion and passion for preserving the azaleas of the National Arboretum, I have no doubt that it was Don Hyatt who lit the match to start the blaze of public protests leading to the February 14 announcement.

2 thoughts on “Azaleas Granted a Stay of Execution”