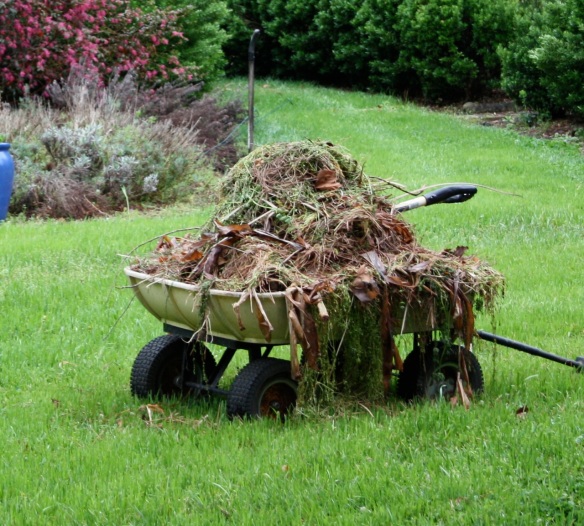 A Day of Labor in the garden...

A day to honor laborers may have been suggested over a hundred years ago by Peter McGuire, general secretary of the Brotherhood of Carpenters and Joiners and co-founder of the American Federation of Labor. But according to the US Department of Labor, evidence points to Matthew Maguire, a machinist, who proposed the holiday in 1882 while serving as secretary of the Central Labor Union in New York.

On September 5,1882, union workers in New York City took day off from work and gathered in Union Square to support the new holiday. By 1885, the idea spread with labor organizations into industrial centers across the country.

Today this nationwide holiday, the first weekend in September, is not observed with mass gatherings and parades as in days of yore, but expressed more as an end of summer celebration with a day off from work for much of our nations’ workforce.

For the gardener, Labor Day weekend marks both the end of summer and the beginning of a new season. Fall is the prime time to take stock of your gardens and begin your fall cleanup and plantings.  For two days this weekend I am laboring in the garden, weeding and tidying the borders.  Monday will be spent observing the holiday with friends at a raft-up on the river. There we will watch the sun set over the water as we raise a glass to the nations’ labor force and to the end of one season and the beginning of another.