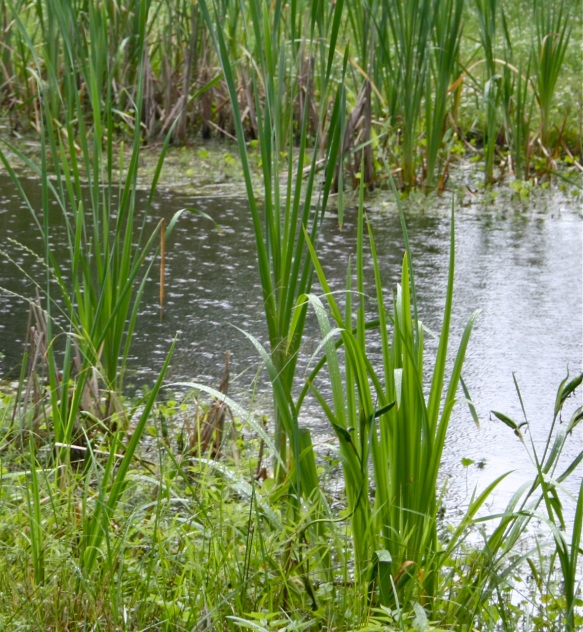 In a blink, Hurricane Earl has come and gone. We spent Thursday stacking lawn chairs, raising the boat on the lift, buying batteries, new flashlights and generally doing all those things in preparation for a hurricane.  We prayed that Earl not cause damage or death but we were keeping our fingers tightly crossed for the one gift we would receive from this massive storm: rain. From what we were hearing on weather reports, we would be spared the worst of it but we were excited about the 2-4 inches of rain by we’d have by Friday morning.

Friday we awoke early and were bewildered to find lighter than expected winds, not even a whitecap on the water, gray skies and NO RAIN. A quick check on the television showed Al Roker standing on the dunes bracing against 58 mph wind gusts and steady rains at Kill Devil Hills NC while giving the country’s weather forecast. He said this was a coastal storm. Inland it was not bad. That can’t mean us.  We’re not inland. Rain will come.

Indeed, we are inland. We were disappointed not to receive the needed benefit of this passing storm. Later in the morning, a brief rain fell, a teasing drizzle, enough to wet the ground but not even fill the birdbath. The total rainfall measured a mere 1/10″.

Earl, thanks for nuttin. I’m back to watering the labor intensive way.