The aftermath of a drenching rain that ends a long period of extreme heat and dry weather is dramatic. One day we can be surrounded by crunchy brown grass and wilted leaves and little movement by animals, then wake the morning following a storm to exuberant changes in nature.  Plants perk up and animals perk up.  It is a healthy reminder how much all life on earth depends on H2O for its very existance.

Our rains came heavy, fast and furious with much thunder and lightning and wind. Umbrellas flew like rockets, inflatable rafts became a 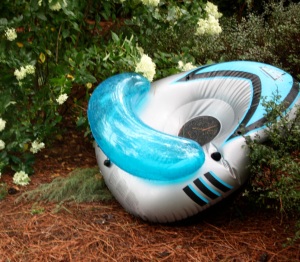 part of  the borders, watering cans were blown across the landscape, but we were oblivious to all as we sat at a window and watched in absolute joy. 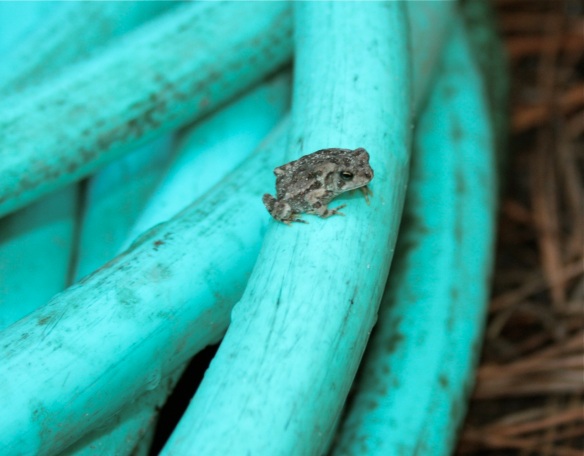 A stroll through the revived property revealed how quickly living creatures bounce back when water returns. At the pond, fish that have lived at the bottom of the low pond became our little friends again and they introduced us to their babies.  Frogs that we have not seen in weeks made appearances again. Toads lingered in the wet mulch and filled their tummies with insects that are emerging from hiding. And the ground is alive with amphibian youngsters. Watch your step! 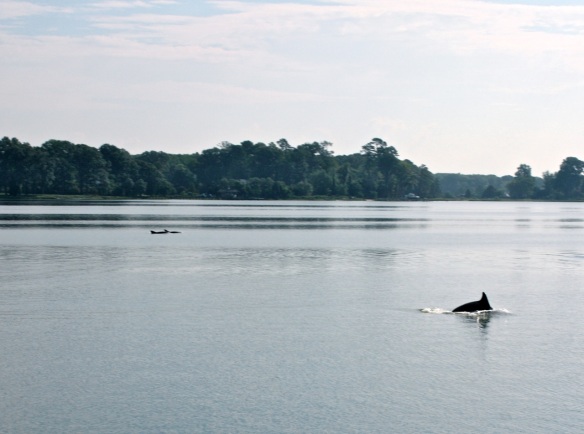 We sat at the end of the pier in the calm of the early morning today and watched the osprey young who finally learned to fly.  We observed the parents diving for fish, hitting the water, then reappearing with large croaker in talons. Babies who waited in the pines shouted with excitement and hunger. From the end of the pier we enjoyed a pod of porpoise chasing schools of fish up one shoreline, then another, coming within feet from where we watched. Yes, they also brought their babes for us to meet.

Finally, a happy birthday to Les Parks over at Smithfield Nursery. He turned a young 50 yesterday and he wished for this rain for his big day, which he generously shared with us all. What a difference it made.

3 thoughts on “Singing in the Rain…”