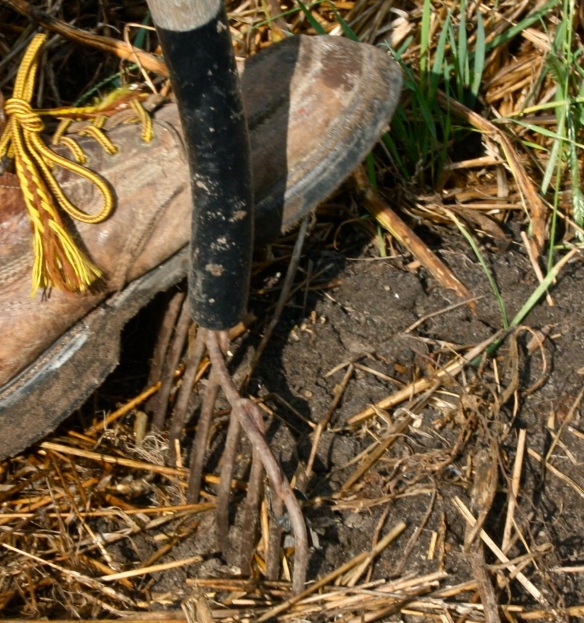 The potato plants have looked brown, nearly dead, for a week, a sign that the tubers were ready for harvesting. This is always a rewarding adventure for mister gardener, a time to savor after weeks of hard work in the garden.

Two days ago, he raked away the straw surrounding the plants and sunk his garden fork into the first hill of potatoes. Imagine his excitement when up came a fork full of enormous spuds! Hill after hill told the same story. Conditions this year, whatever they were, resulted in a bumper crop of potatoes…. abundant and huge!

It took a couple of days for mister gardener to finish digging all the hills of potatoes. But 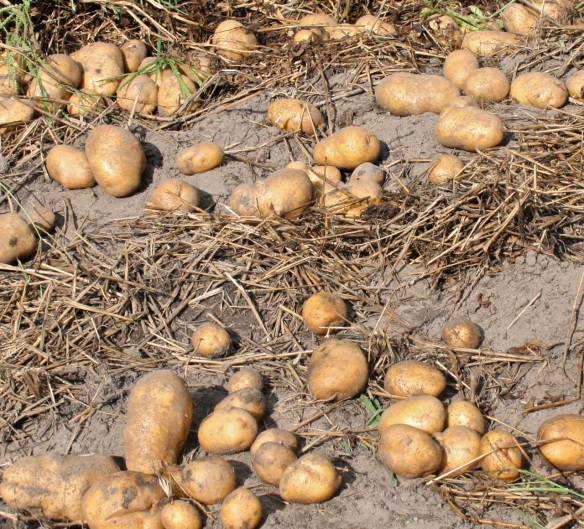 when the job was done, one fourth of the garden surface was covered in five different varieties of potatoes, waiting to be picked up. All have been gathered in bushel baskets and moved into a cool, dark corner of the garage.

Two of the colossal Yukon Yellow potatoes were cooked and mashed tonight, feeding six of us at dinner with leftovers to spare for potato pancakes for breakfast. I look forward to making the annual switch from pasta and rice to potatoes.  Whether boiled, baked, fried, roasted, there’s nothing that says comfort food quite like a potato.